Miba’s annual results for 2012-2013: increase in sales and earnings

More employees, focus on training programs, growth in China and the USA

The Miba Group, one of Austria’s leading technology companies, once again improved its earnings from the previous year. In the past business year, consolidated sales increased to EUR 606.6 million, while EBIT rose to EUR 69.9 million. In 2012, the Group invested a total of EUR 80 million in capacity expansion, research and development, and training and continuing education programs.

In a highly challenging market environment, Miba stayed on its growth course from previous years. “While we welcomed the high level of demand for our components for engines and transmissions in the first half-year, this trend did not continue in the second half-year,” Peter Mitterbauer says, putting into perspective the generally satisfactory earnings level. “This means we are now focusing all the more on measures such as the Group-wide standardization of core processes and on our intensive preparations to launch new products in all divisions. In doing so, we are creating the best foundations for continued profitable growth in a volatile market environment,” adds F. Peter Mitterbauer, who will take over the chairmanship of the Management Board from his father this July.

Market shares in the engine and automotive industry secured

“Thanks to our consistent focus on technological leadership, our solid financial basis and our highly skilled employees, we were able to successfully maintain our market shares in the international engine and automotive industry,” Peter Mitterbauer says. For the development and production of engine bearings, sintered components, friction materials, coatings, power electronics components and special machinery, Miba is a key partner to all major manufacturers in this sector.

In the 2012-2013 business year, Miba increased consolidated sales by EUR 13.9 million to EUR 606.6 million. Consolidated earnings before interest and taxes (EBIT) totaled EUR 69.9 million (compared to EUR 67.0 million in 2011-2012). The Group invested a total of EUR 80 million worldwide in capacity expansion (EUR 51 million), research and development (EUR 28.2 million) and training and continuing education (EUR 1.6 million). Miba partially funded these investments with revenue from the corporate bond that was issued in February 2012. Through these investments, Miba is building the foundation for its further worldwide growth and securing its technological edge. “The fact that we once again took one of the top spots in the Austrian Patent Office’s current invention ranking makes me proud,” says Peter Mitterbauer. With 21 new registrations in 2012, Miba ranked fifth among Austria’s most innovative companies.

4,386 employees and 159 professionals in training

As of January 31, 2013, Miba had 4,386 employees (including leased employees) at more than 20 sites worldwide. This figure represents an increase of 87 employees over the previous year. At the same time, in the past year the Group permanently took on many previously leased employees. Miba also further increased its number of apprentices, and is now training a total of 159 young people, more than three quarters of them in Austria.

Miba is focused on in-house training and offers support to women re-entering the workforce.
Roughly a third of Miba’s Austrian employees started on their career paths as Miba apprentices. For decades, the company has been preparing young people for their careers through a tailor-made training program. “Miba is active exclusively in niche markets,” F. Peter Mitterbauer says, explaining Miba’s major dedication to apprentice training. “The skills that our employees need are skills they can best acquire here in our company.” The future CEO goes on to say, “It’s no secret that we face an increasing shortage of skilled professionals. We need to counteract this trend and present ourselves as an attractive employer.” Since April, all first-year apprentices having been taking part in on-site foundational courses for the combined apprenticeship and Matura (higher education entrance qualification). In order to increase the number of employees who hold the Matura, preparatory courses that build on the foundational courses are also to be offered within the company in the future. “As the next step, we also want to increasingly motivate our older employees to attain more qualifications and acquire the Matura,” F. Peter Mitterbauer says regarding future prospects in this area. “In the future, highly skilled and motivated employees will form the backbone of our continued profitability, even more so than they do now.”

The future CEO of Miba would also like to strengthen the support for women re-entering the workforce after parental leave. In fall 2013 the Laakirchen site will be opening an on-site company day care center for one- to three-year-old children. This initiative makes Miba a pioneer in the Gmunden district.

Outlook: growth in China and the USA

Despite the International Monetary Fund’s cautiously positive outlook for forecasted global economic growth of 3.5 percent, it is difficult to predict how Miba’s target markets will develop: The restrained development of the second half-year 2012-13 continued in the first months of 2013-2014. Two notable exceptions to this trend were the U.S. automotive industry and the Chinese truck market, which began to pick up again.

“We cannot safely assume that growth will continue for the entire 2013-2014 business year, but in the longer term we expect a noticeable recovery,” says F. Peter Mitterbauer. “The signs are looking positive, especially in China and the USA.” At the site in China, Miba will invest more than EUR 30 million in additional production capacity in the coming years, while in the USA the company is preparing for another major order from the North American construction equipment industry.

“The Salzkammergut region of Austria, however, is and will remain our headquarters,” F. Peter Mitterbauer reaffirms. “This, for example, is where we are investing in new production of primary materials for engine bearings, and we also have the core of our research and development here.”

Detailed information on the annual results for 2012-2013 can be found at: www.ots.at/pressemappe/4183/miba-ag. 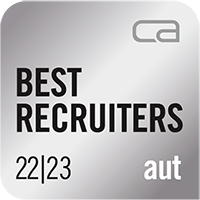